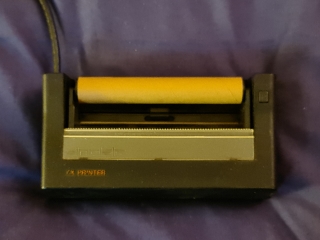 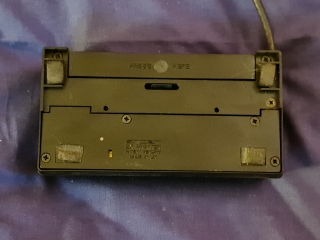 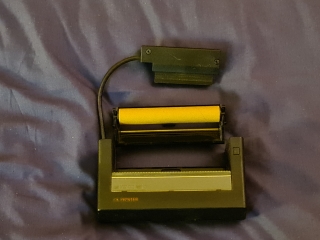 I acquired a ZX Printer with one of my ZX81's, I have no idea if it works, they usually need a belt replacing, and the special paper is tricky to get, so I expect this will be in the untested pile for a while This printer could work with the ZX80/ZX81, and the Spectrum It is a spark printer which was released in 1981, it used 100mm wide paper which had a thin coating of aluminium on top of black paper, when the printer needed to print something, it would pass electric current through the paper via two styluses, one on either side, and would burn off the aluminium by evaporation. It could print a maximum of 32 characters (or 256 dots) per line, which was the same as the Sinclair computers could fit on their screens per line Due to the printer needing to draw power from the host computer, it was sold with a larger PSU for the ZX80/81, the Spectrum PSU could power it, so a larger one was not required For more retro hardware check out my online museum here D - BREAK - CONT repeats, 234:1