This Xbox 360 was donated to me and is the newest console I have, It is one of the original Xbox 360's with a 60GB hard disc. Unusually it still works, no red ring of death here

The front has the disc tray, an infra red port, two memory card slots, a connect button for the controllers, and two USB ports under a flap (which is stuck down on mine) The rear has the power socket, a multi-av out, HDMI out, a USB, and a Ethernet port

Here is the 60GB hard disc, which pops off with the press of a button

Here is the top and bottom of the hard disk

The bottom just has vents

Close up of the front USB and memory card slots

I got one official Microsoft controller, which is a bit temperamental, and it has the wrong battery compartment

I also got the wifi adaptor

This is the power supply

For some reason I got three AV leads, two composite leads...

And a component lead with optical audio out

I do have a box, it's the wrong box, but it's somewhere to keep it safe

This disc was in the tray, it's the only game I have so far. Bit too modern for me Hardware updates Original XBOX controller, which works This came with a rechargeable battery, but I don't have the charging lead 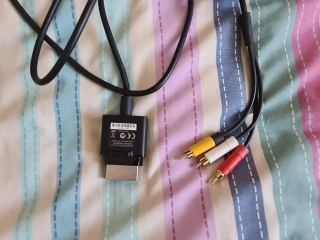 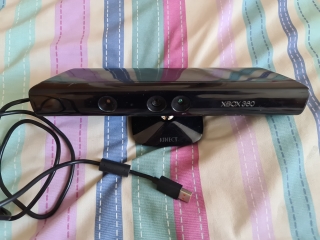 An Xbox360 composite video lead and a Kinect 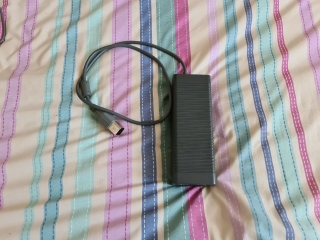 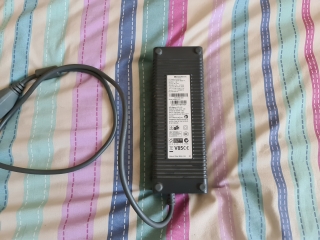 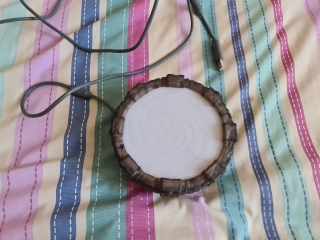 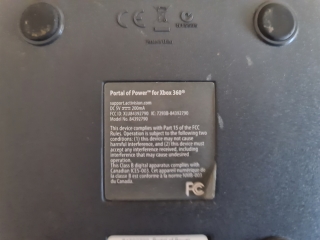 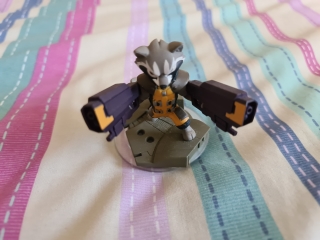 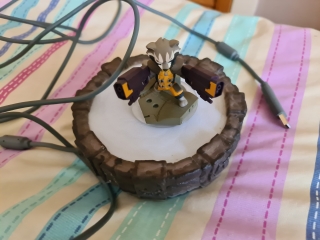 And whatever this is More updates

Another working Xbox 360, this is a later model with a 120GB hard disc and a Gears of War vinyl cover applied to the (white) fascia

Another controller with rechargeable battery with two USB leads, and the official headset

Call of Juarez Bound in Blood

Call of Duty Black Ops II Xbox 360 HD-DVD Player This was one of those "That can't be right?" moments, this was in the window of a local CEX for only £10, so obviously I immediately bought it

It seems to work, but the Xbox 360 complains it can't read normal DVD's in it, so I wonder if it only plays HD-DVDs? Apparently you can connect it to a PC and use it as an external DVD player, but you need drivers for HD-DVDs, anyway these are the meta-files each HD-DVD leaves on the unit, the only title is The Jimi Hendrix Experience Microphones for the Lips game

I picked these up along with a box load of games, they would have been bundled with the Lips game included in the bundle